Some say the Grither was born in the icy wastes of the Arctic. He was trapped inside glaciers that covered the North American plains. The Grither despised being cold and wet and as the glaciers slowly retreated carving the hills and valleys of the plains the Grither was planning his escape. The Grither longed for the sunshine and vistas the plains held, but was unable to break the icy bonds of the arctic grip. The Grither became the subject of lore and every time his name was mentioned he became stonger and stronger. It was said he was very dangerous if he spoke of and the story wasn’t finished. One day an Arctic ice breaker broke him free. The Grither took refuge in the hull of the ship until one day the ship crashed in to a cave on an uncharted land mass. The Grither set foot on solid land and was finally free and now is said to inhabit the North American plains.

These days the Grither is free and on the prowl of the gravel back roads of the plains. He is happy, fast, nimble, and at ease. The only part of the story that needs to be finished is the story of the ride you started, your ride. Ride with the Grither and finish your story. 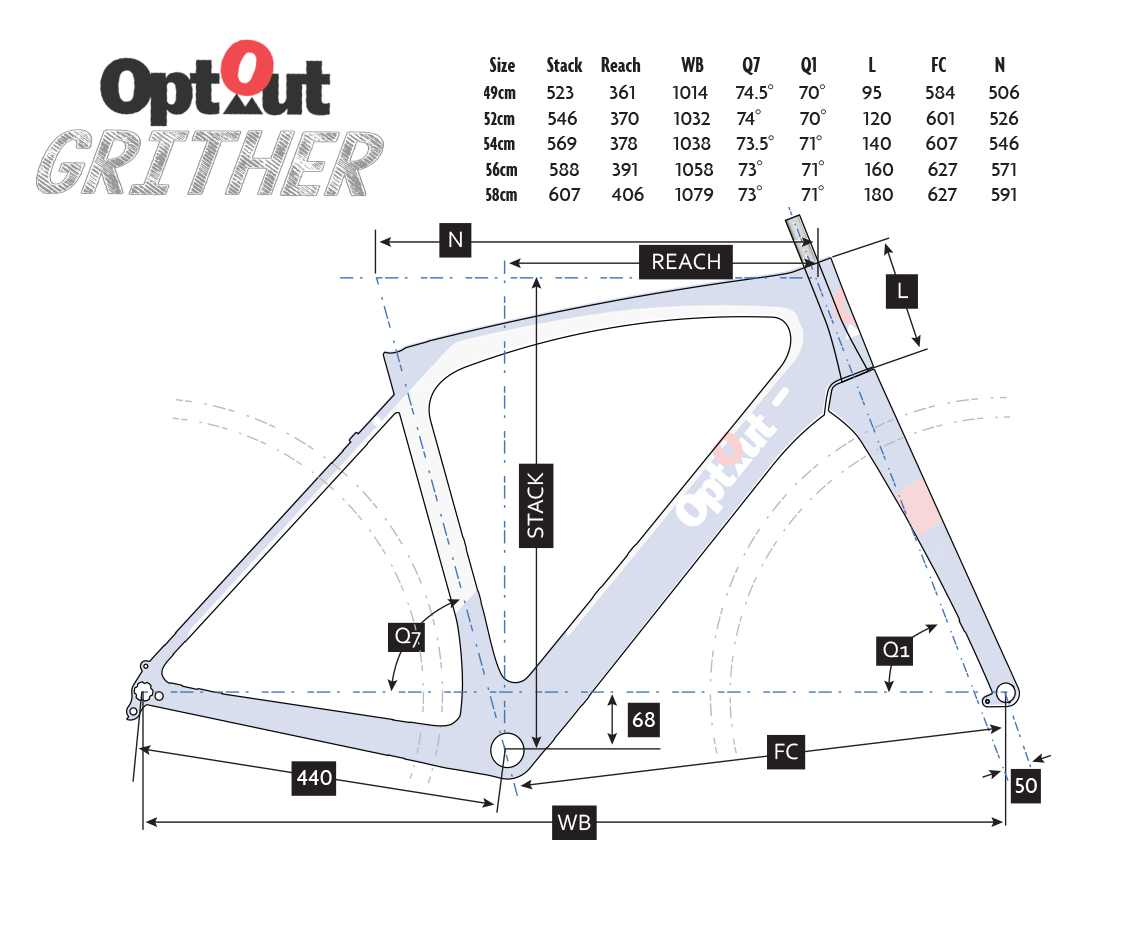 Geometry:
Relaxed enough that a day in saddle seems like a short ride, yet aggressive and light enough to win each the county-line sprint.  Oversized chain stays and pencil thin seat stays work to keep every ounce of power to the ground yet soften the jolt that unmaintained gravel roads are filled with.

Bottom Bracket:
English Threaded Bottom Bracket.  Mainly because we hated the maintenance and creaking of the BB30 just as much as you and the reliability can't be beat.

Derailleur Mount:
For those who like more gears, a front derailleur mount is incorporated into the carbon frame.

Bottle Capacity:
Three bottles, two located on the down-tube, one on top and one on the underside with the third on the seat tube.